The date of the destruction of the casted ballots for 4 times are as follows:

H.E. Mr. Tep Nytha, the NEC General Secretary, reported during the ceremony as the followings: 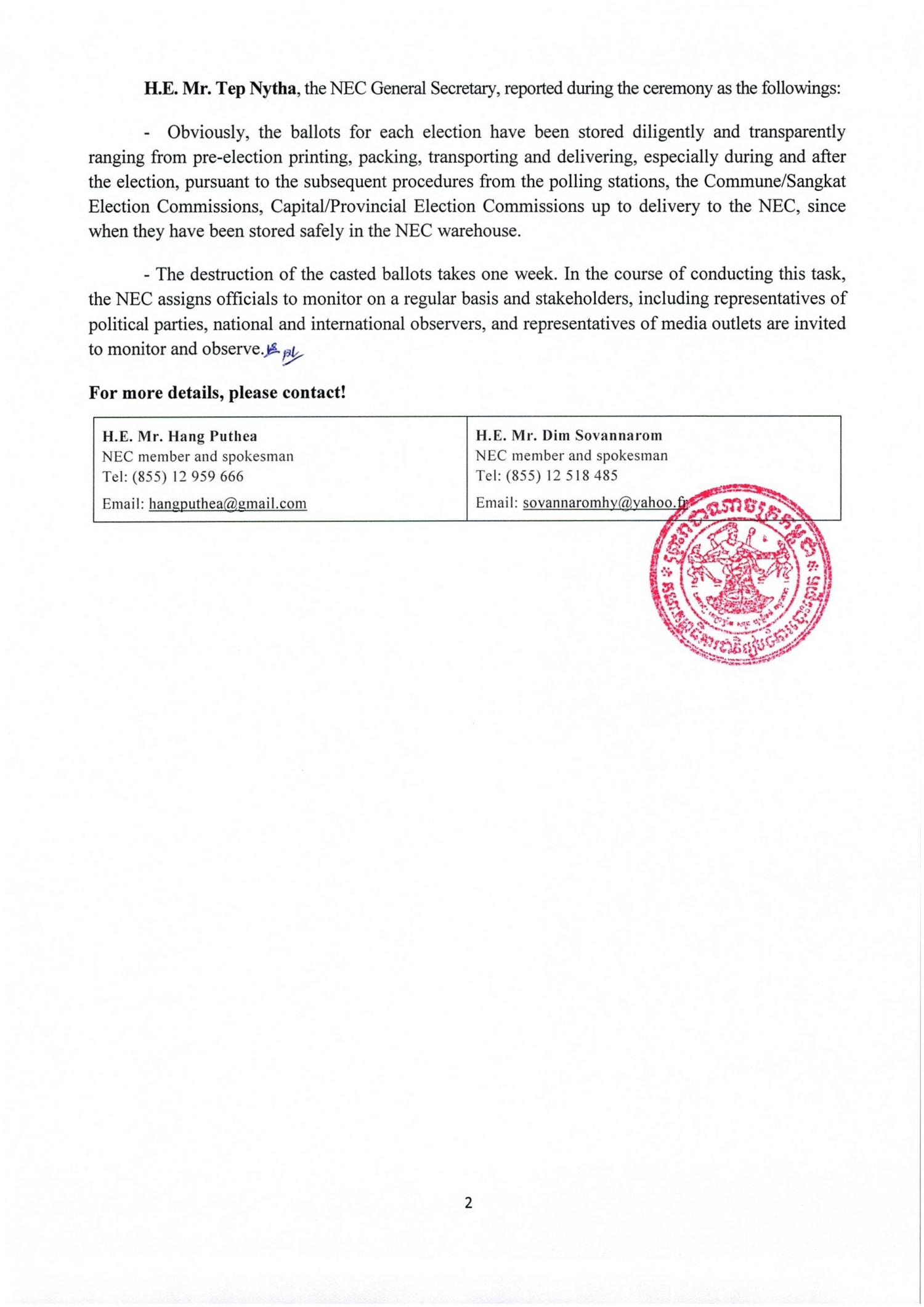